Stockholm 59° North is formed by dancers from the Royal Swedish Ballet. For 25 years we have been touring Sweden and abroad, mainly with new creations from Swedish up-and-coming choreographers. We perform first-class dance in a way that is enormously powerful and emotional and which can be enjoyed by everybody. As dancers from the Royal Swedish Ballet we are deeply rooted in a centuries-old classical tradition. In Stockholm 59° North we create a brave new repertoire and new options are opened for choreographers to meet the experienced top dancers in a more simple and direct manner, which opens up for new experiences for the audience – in Sweden and on the international dance arena.

In 2022 we celebrate 25 years as a cutting edge dance company. In 1997, the Royal Court Dancer Madeleine Onne formed Stockholm 59° North and in August 1997 a weeklong appearance at the renowned Jacob’s Pillow Dance Festival in the US was performed. Massive response from both american spectators and the international press, among others the New York Times. This success gave the group tremendous encouragement to continue dancing in front of new and enthusiastic audiences which has continued for 25 years.

When developing our performances everyone in Stockholm 59° North is involved. Therefore everybody in our group feels a great affinity with and understanding of all the work that lies behind every project. That coproduction and cooperation strengthens the cutting edge performance on stage.

Stockholm 59° North was formed out of the desire to present a new and exciting repertoire. We want to awaken interest for first-class dance, broaden perspectives and to give the audience new experiences both in Sweden and on the international dance arena.

Stockholm 59°North is now lead by Principal Dancer Nadja Sellrup. She has been a company member of Stockholm 59° North since 2000 and is now looking forward to create a new strong platform for the coming 25 years. 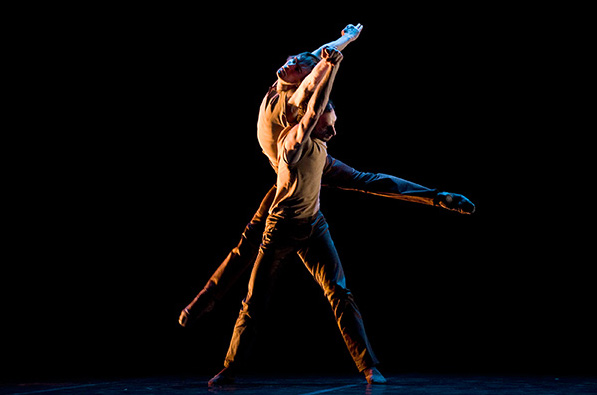